On Monday, November 9, the Enugu state governor, Ifeanyi Ugwuanyi, and other catholic faithful in the state joined the families of eight pupils of Presentation Nursery and Primary School, Awgu, who died in a recent fatal road accident in Awgu Local Government Area of the state, to celebrate a threnody mass for them at the school premises, in Awgu town.

The unfortunate accident happened on October 28, where eight pupils, their teacher, and the school bus driver were crushed by a truck. Read here https://myschool.ng/news/truck-rams-into-school-bus-killing-all-occupants-in-enugu 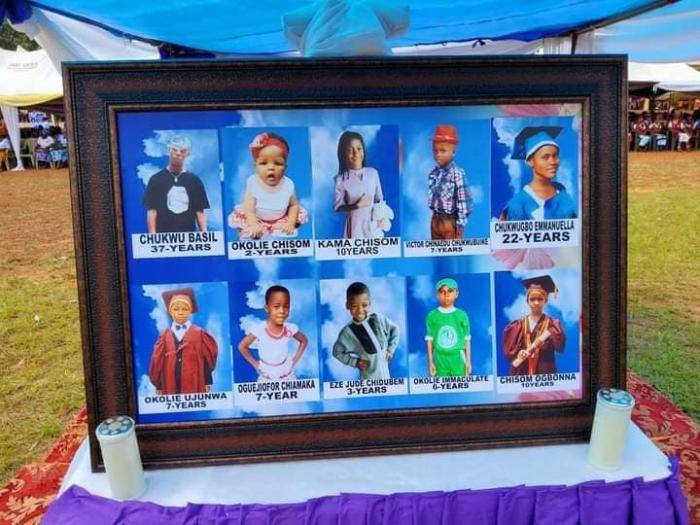 Gov. Ugwuanyi at the mass described the eight pupils as “angels” and bade farewell to them, their late teacher, Emmanuella Chukwugbo, the school bus driver, Chukwu Basil, as well as other victims.

The Governor also donated a brand new 18-seater bus to the school and promised to erect a monument at the scene of the accident to immortalize the school children.