27-year-old Lillian Mgbanwe, a graduate of Nasarawa State Polythechnic from Delta state had her life cut short when she was attacked by a man who assualted and murdered her on her way back home from a friend's place. Lilian who was currently serving in Imo State was returning home on sunday, the 30th of june, from visiting a female friend the previous day. Her friend wasn't home and returned late, so Lilian called her roommate to inform her she wouldn't return till the next day. Lilian left her friend's house at about 7 am to return home. Unfortunately, she was attacked on her way home, raped, and killed.

Chukwuemeka Eze from Mgbidi in Oru west has been paraded by Imo Police command for the rape and murder of Lilian who was due to pass out last week. According to the police he was apprehended where he was trying to charge the phone he stole from the lady. The shop keeper directed them to Eze, who was promptly arrested. He initially denied but later confessed to the crime and led police to the scene where Lillian's decomposing body was seen and retrieved on Wednesday, July 3, 2019. 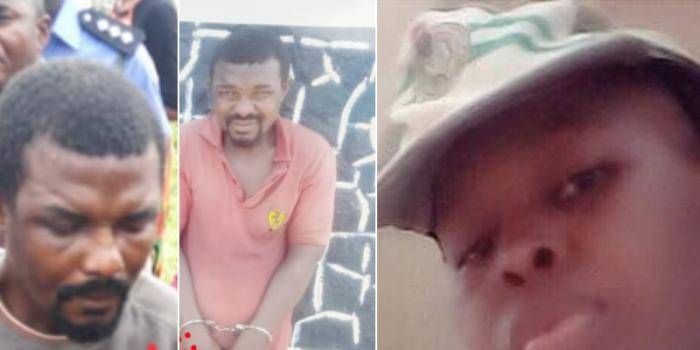 Recent developments on the story have revealed that Chukwuemeka Eze has been accused of murder in the past. Locals in the area disclosed that he has been arrested twice for murder and was later released both times. His release gave him the opportunity to commit another heinous crime.

The family of Lilian have urged the police not to sweep the case under the rug, and that Chukwuemeka Eze get suitable purnishment for his horrible crimes. The police have labelled the suspect as mentally unstable with his recent display of being deaf and dumb, but the family of the deceased aren't buying the act, because he initially confessed with words and led the police to the corpse. The family is willing follow the case up till Eze gets the punishment he deserves.