A cousin to the late Sylvester Oromoni has accused the Lagos state police command of withholding the deceased student's second autopsy result from the family.

The relative who is simply called Perri, also claimed that while the house masters of the school are still locked up, the "killers" have been freed on bail. 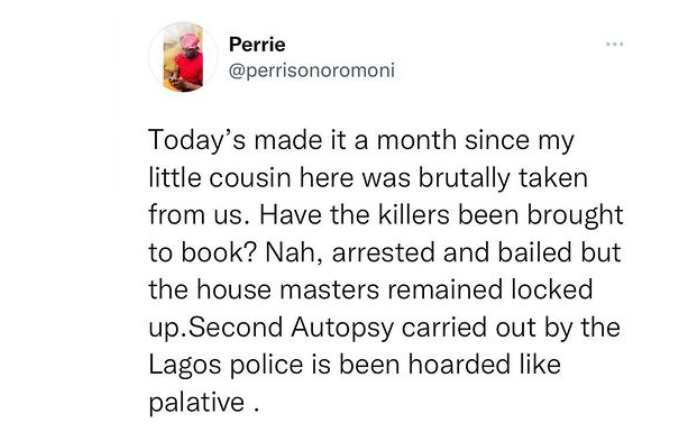 He thanked Femi Falana, adding that if not for him, the case would have been closed.

Veritas university announces the date for its 10th convocation ceremony