Students of the Lagos State University (LASU) have thrown in their support for the proposed Peace Walk Initiative by the Lagos state government following the controversies that trailed the initiative when it was first announced on Tuesday, November 30.

The students pledged to accompany Lagos state governor, Babajide Sanwo-Olu for the peace walk after he paid a visit to the school to commission the newly built students arcade at the institution. 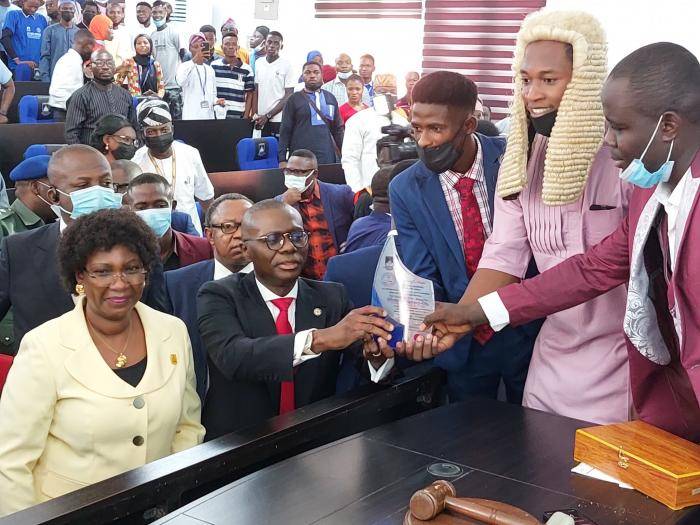 The governor was welcomed by hundreds of students of the school led by the president of the Student Union Government, Comrade Oladipupo Uthman Badmus, and Speaker of the Students Union Representatives, Rt. Hon. Mustapha Adejuwon.

The student union representatives described the Governor described as a youth-centric Governor and commended him for the giant strides in Lagos State, especially in the education sector.