The Kano State Government has announced that in a bid to ensuring that girl child education receives the needed attention it deserves, plans are being made to recruit 2,000 teachers to teach in all-girls’ schools across the state. 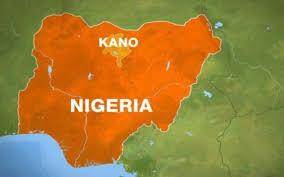 The commissioner explained that the plan is part of the project criteria which is a partnership between the Federal Government, the World Bank intervention and seven participating states consisting of Kano, Kaduna, Katsina, Kebbi, Plateau, Ekiti and Borno States.

He added that the state government had also commenced the construction of 120 junior and senior secondary schools for girls in the state. Kiru said that the aim of the building project is to address the existing gap and improve access to education, especially for the girl child.

Speaking further, he said, “Kano state government have been providing shuttling buses for the girl child alone in the metropolitan Local Government Areas with the aim of encouraging them to go to school. Also. in a bid to enhance the sustainability of the girl child education in the state, we paid N489 million for the National Examination Council (NECO) Examination fees for all the final year female students in Kano.”