A 19-year-old candidate in the 2021 Unified Tertiary Matriculation Examination (UTME), has been arrested by the FCT police command for accusing JAMB of altering his results.

The student identified as Chinedu Ifesinachi John, had claimed that he scored 380 in the exams which held in June 2021, but was surprised to see 265 when he checked his results. 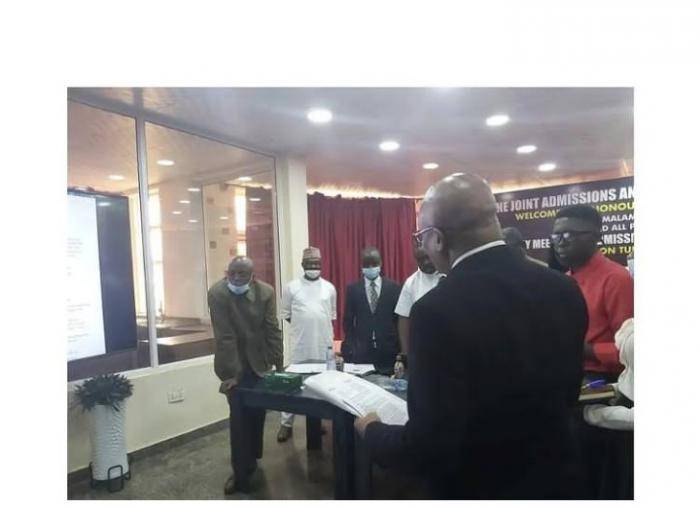 Chinedu made bare his allegations when his father, Mr John Ifenpkam contracted an Enugu based lawyer in the person of Ikeazor Akaiwo to write to JAMB to allow Chinedu retake the exam, and also demanded N1 billion in damages.

In the suit filed against JAMB, the lawyer claimed the N1 billion was to cover for the emotional and physical trauma Chinedu had suffered from his results being altered by the board from the 2019 - 2021 examinations, thereby denying him the opportunity to study his preferred course - Medicine..

Chinedu was thereafter invited by the examination board for questioning and had traveled to Abuja in the company of his father and his lawyer on September 3, 2021. After series of questioning, he was handed over to the police for prosecution for lying about his results being altered.

According to the evidence tendered by JAMB, Chinedu actually scored 265 as against the 380 he had claimed. JAMB accused the student of being among 11 other candidates involved in forging their results, and promised to prosecute them accordingly.  The board added that the original result given to Chinedu will be withdrawn pending the end of the investigation.

HOW I BECAME AN 'A' STUDENT: An article written by the best Graduating Student Kaduna State University

Who can solve this?