IELTS vs. TOEFL: Which Should You Take To Study Abroad?

If you aren’t an English native speaker, you’ll almost always be required to sit an English language proficiency test as part of your application to study abroad at an English-speaking university.

The two most accepted English language tests worldwide are the International English Language Test System (IELTS) and Test of English as a Foreign Language (TOEFL) tests.

Whilst both accurately test your level of English and are widely accepted across over thousands of institutions worldwide, the two tests are different in their approach, structure and teaching criteria, so you should think carefully about which one you’ll choose to sit.

Read our guide to the differences between IELTS and TOEFL to help you decide which is best for you.

The IELTS is an English language test that is used for educational, immigration and occupational purposes, and is accepted by over 9,000 institutions across 130 countries worldwide. Jointly administered by the British Council, University of Cambridge ESOL Examinations and IDP Education Australia, IELTS uses British English, and is more likely to be favoured by UK and institutions in Commonwealth nations such as New Zealand and Australia. Depending on the entry requirements of your study programme, you might need to take either the Academic or General Training IELTS exam.

The TOEFL test seeks to test your ability to communicate in English in specifically academic, university and classroom-based settings. It is accepted by over 8,500 institutions across 130 countries, including the UK, USA and Australia, as well as all of the world’s top 100 universities. TOEFL is administered by US-based organization the Education Testing Service, and so is conducted in American English. This test is more likely to be favoured by American institutions.

Aside from the different styles of English each exam is are based on, TOEFL exam questions are almost entirely multiple choice, whereas IELTS requires you to respond to a range of different question types such as short answer, gap-filling and short essay tasks. The IELTS is significantly shorter than the TOEFL exam, taking approximately 2 hours and 40 minutes versus four hours to complete.

There is only one type of TOEFL exam that is done entirely on the computer, whereas there are two types of IELTS that are both completed on paper. Students applying for English-speaking tertiary programmes will need to sit the Academic IELTS exam, whereas the General Training exam is used to meet immigration and some occupational requirements.

IELTS and TOEFL favour different modes of thought and problem solving. As TOEFL is primarily multiple choice, students will need to be able to think analytically to weigh up the differences between their options. IELTS requires more use of memory, and draws on broader comprehension skills as students are faced with different question styles.

Whilst both exams have a speaking component, the IELTS speaking test is taken face-to-face with an examiner.

In the TOEFL exam, you’ll answer six questions into a microphone which are recorded and later sent to a group of six reviewers. Your IELTS speaking score will only be determined by a single examiner.

Where the IELTS exam features a range of different accents... read the full article here.

This post was written by Hotcourses Abroad. Prepare for your English test with their useful articles and guides. You can also search for universities overseas which offer English courses.

Justina ID
3 years ago
please, is it really necessary that I sit for any of the tests listed above; before applying for any Canadian University?
Like 0    Dislike 0    Reply    Quote    Follow 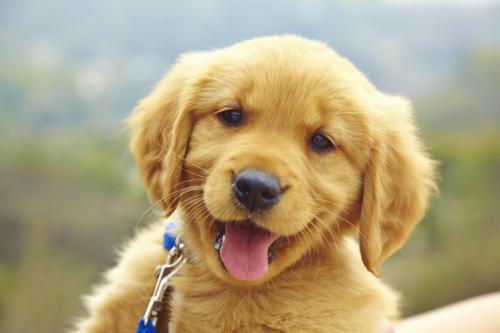 dante
1 year ago
In my opinion, i think IELTS is better off. You can check out procedure on how to register, fees in Naira and all you need to know about IELTS https://schoolings.org/ielts-exam-fee-in-nigeria-payment-procedure-benefits-all-you-need-to-know/ its very insightful
Like 0    Dislike 0    Reply    Quote    Follow