Oluwasayomi Ahmadu, a graduate of the University of Benin who is currently serving in Kwara State is set to inspire youth and give them a sense of direction.The Kogi-born Batch B Stream II Corps member who is an award winning voice-over artiste, Nollywood actor, anti-depression and suicide advocate, is a graduate of mass communication,

He was currently interviewed where he talk about how he wrote Secondary Certificate Examination (SSCE) 17 times from 2010 - 2014 before he gained admission into UNIBEN. 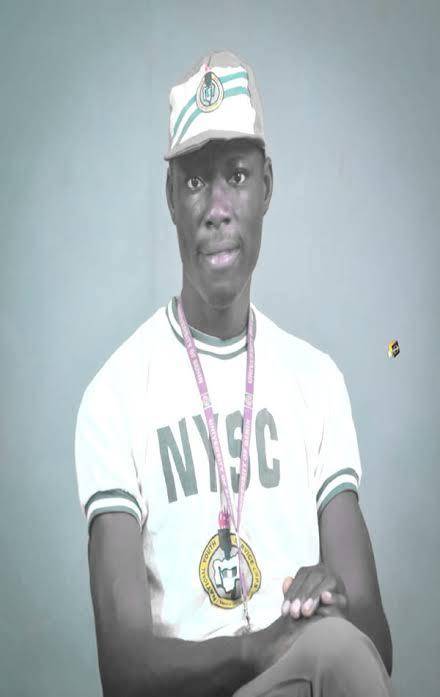 I survived through the grace of God. The journey started when I was at a tender age and everything was rosy in the family; then the situation turned sour and family crisis began. My father and mother separated due to irreconcilable differences. That was when my crisis started. I attended 16 primary schools and 14 secondary schools between 2010 and 2014 due to persistent family crisis which caused me psychological and mental imbalance, leading to SSCE attempts before I finally passed after the 17th attempt in 2014.

He reportedly wrote WAEC, NECO, NABTEB, GCE and JAMB, severally but his belief system was a constant motivation.

One thing that kept me going was my belief system and God’s grace I saw quite a number of my junior colleagues who became master’s degrees’ holders and some were already working while I was still wearing secondary school uniforms to repeat SSS1 & SSS2. But I remain focused to succeed.

During the period of writing O’ level examination, I endured the pain to keep attempting each exam yearly with the sole aim of passing without cheating, despite pressures to succumb. This is because I knew succumbing to malpractice would cause me more harm than good, considering the psychological and mental effects of being enrolled in several schools and learning under different teachers.

All these efforts paid-off as I eventually passed all my subjects in flying colours without cheating and got the best result in the school where I enrolled. It was this feat that ushered me into UNIBEN. All along, I had the conviction that I wanted to pass without cheating in order to correct my past and to prepare for a promising future. Today, I am glad that I am a change agent contributing to tackling national and global problems. If I had quit school or succumbed to the pressure to indulge in exam malpractice, which is becoming a norm to many students and youths in Nigeria today, my story would have been different.

Teachers nicknamed me Coconut Head because I did not always understand what was being taught in class let alone being able to answer questions and I was fond of taking either the last position or the penultimate grade in my result. During a time I was rewriting my SSCE, our last born was also preparing for his first attempt in same exam at the Federal Government College, while other junior siblings and my elder brother were already in higher institutions. I felt traumatized but I kept hope alive with advice from close associates and people with loving hearts. In the end, I emerged as the first university graduate in the family. And as fate would have it, I was mobilized for the National Youth Service Corps (NYSC) months to when I will turn 30 years which is the age limit for Youth Service. I have no doubt in my heart that God orchestrated my story to pass a message to this generation.