A Federal University of Agriculture Abeokuta, student identified as Ifemosu Michael has reportedly been expelled over his post on insecurity and police harassment in the school. In a letter which conveyed message of his expulsion, Ifemosu was accused of raising allegations and misrepresenting facts about the institution.

The student who however denied the allegation, stated that he was expelled for calling the attention of the Vice Chancellor to lingering challenges rocking the school. 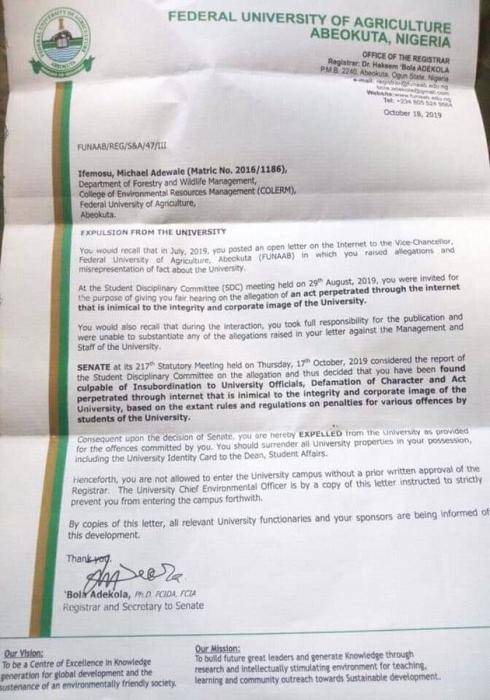