Father accuses a teacher of impregnating his daughter and eloping

A father to a 16-year-old SS3 student of Life Abundant Primary/Secondary, Diobu in Port Harcourt, Rivers State, Stanley Ejekwu, has accused a teacher of the school of allegedly impregnating his daughter and absconding with her.

Mr. Ejekwe who reported the matter to the Nkpolu Divisional Police headquarters, Mile 3 Diobu, said he saw a Whatsapp chat on his daughter's phone from a man soliciting for sex, whom he later discovered to be the teacher, and they had been dating for 6-months. He explained that he called the man on the phone and warned him to stay away from his daughter. 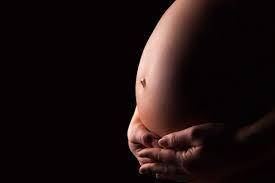 He added that he went to the school to inform the management of the development and to ask the teacher about the whereabouts of his daughter after she left the house in December 2021 when it was discovered that she was pregnant. Mr. Ejekwe also alleged that the teacher allegedly told the proprietress that he (teacher) has been communicating with the teenager after she left her father's house.

The father said his suspicion was further fueled when other students in the school told him his missing daughter had been sharing the meals she takes to school with the teacher every day.

He called on the police and the general public to help him locate his missing daughter.

However, the teacher has denied knowledge of the student’s whereabouts, saying he only got to know about the matter when Mr. Ekekwu came to the school to report that his daughter was pregnant and missing.

Veritas university announces the date for its 10th convocation ceremony