The Edo state government through the Edo Innovation Hub has collaborated with an American company, Amazon, to provide top cloud computing training to undergraduates in tertiary institutions in the state and prepare them for in-demand cloud jobs in the state’s burgeoning Information Technology (IT) and innovation space.

The Programme Lead, Edo Innovation Hub, Asemota Izoduwa Precious stated that the initiative is a result of the alliance between the state government and global technology companies to strengthen the technology ecosystem of the state. He remarked that the training is open to students with interest in coding and programming and would expose them to the latest knowledge in cloud computing, with which they can secure jobs anywhere in the world. 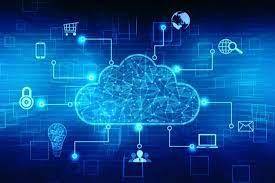 Asemota noted that the training would be coordinated through the Innovation Hub and will include courses such as Cloud Foundation, Developing Architecting, Operations, Machine Learning and Data Analytics. He added that the students will be exposed to real-life scenarios through lectures, case studies, hands-on laboratories, demonstrations and project works, among others.

He said that necessary arrangements have been made for the project and that the training would begin in the next couple of months. He stated that the universities and polytechnics to benefit from the initiative are the University of Benin (UNIBEN), Ambrose Alli University, Ekpoma, Auchi Polytechnic, Edo State Polytechnic Usen, Benson Idahosa University, Igbinedion University and Edo University, Iyamho.

Reacting to this, the Executive Director of the Edo State Skills Development Agency, Mrs Ukinebo Dare, said the training would expose the participants to career opportunities in the global IT talent space, as the certifications would make them marketable all over the world.