No fewer than 200 teachers under the Bauchi State Government payroll staged a protest over the non-payment of their accumulated salaries, ranging from 9 to 59 months.

The aggrieved teachers who held the demonstration in front of the state’s Ministry of Education office on Wednesday, September 1, said some of the teachers had not been paid their salaries for three to 59 months. 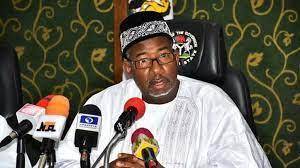 The group leader, Mr Bashir Usman, Bashir disclosed that the teachers had met the Deputy Accountant General of the state, organised labour, trade union congress, and others over the issue, but nothing was done.

Bauchi State Governor, Bala Mohammed on his part said the ''illegal workers'' had been blackmailing the state government in the media and vowed not to spare anyone found wanting.