The President of the Academic Staff Union of Universities ASUU, Emmanuel Osodeke, has hinted that the 8-month-old strike embarked on by the union may be called off any moment from now.

Osodeke stated this while responding to newsmen after a  meeting with the leadership of the House of Representatives led by the House Speaker, Femi Gbajabiamila, on Monday, October 10. He thanked President Buhari for intervening adding that there was light at the end of the tunnel. 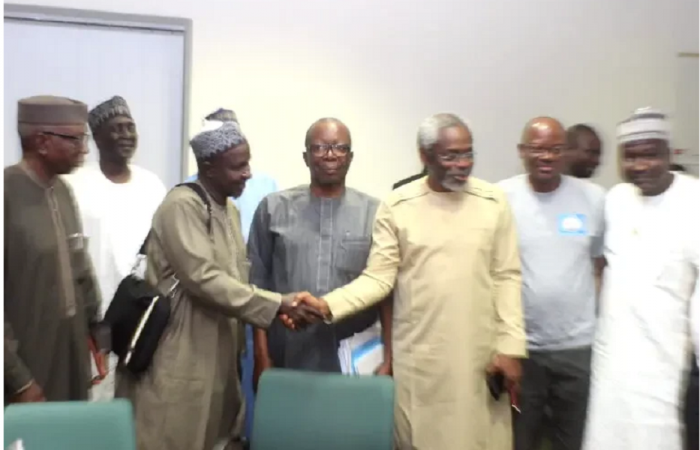 He, however, took a jab at the labor minister, Chris Ngige, and the education minister, Adamu Adamu for handling the crisis poorly.

“Please, let all of us work together to put a beautiful end to this end to this thing we have started so that every Nigerian will be proud that we have universities we can be proud of.

Once again, I want to thank you. I also extend our appreciation to the president for intervening, I want to appeal that in the future, we should not allow strikes to linger. The strike should not go beyond two days.

For the first time, we have seen light at the end of the tunnel.

If the way the national assembly has intervened if we had done that long ago, or those in charge of labour and education had done exactly this, we would not be where we are today.

We would not have stayed more than two or three weeks on this strike. There is strike all over the world — UK, US, all over — but they don’t allow it to last.

So, once again, thank you very much and we hope that working together, in the next few days, we can put an end to this particular imbroglio in the Nigerian educational system.”he added