JUST IN: ASUU has agreed to call off the strike soon. This followed the agreement reached between the union and the Federal Government delegates led by the Minister of Labour and Employment,  Dr Chris Ngige, in Abuja, on Friday, November 27th, 2020.

The government also pledged to increase the total payment to the union to N70 billion. 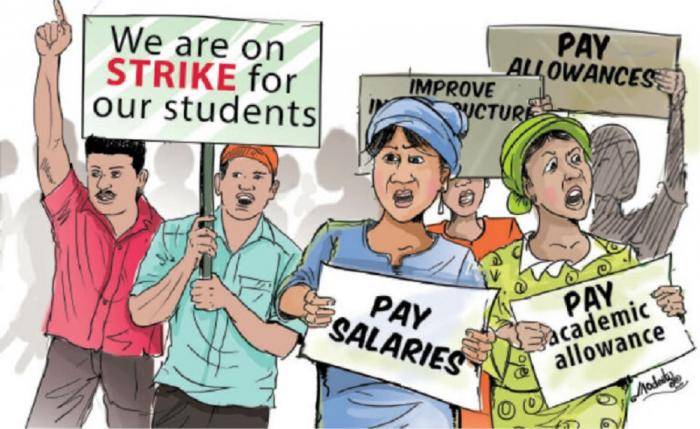 Speaking to journalists after the eight-hour meeting, the Minister of Labour and Employment, Dr Chris Ngige, said the dialogue was fruitful. ASUU’s president, Prof. Biodun Ogunyemi also agreed with the Minister’s remarks.

It was gathered that the issues that were discussed in the Friday meeting, include; salary shortfall, the payment system for lecturers, and revitalization of universities. He expressed optimism that all the issues will be resolved at their next meeting.

ASUU is expected to report the agreement to its organs and then communicate their decision to the government after which a date for the calling off of the strike would be announced.

According to a source, ASUU insisted that the agreement should not be announced until it has been approved by its members.

ASUU chapters voting to call off strike or not - see results

We are working on your demands, FG tells SSANIP