The management of the Kaduna State University (KASU) has been advised by the leadership of the Academic  Staff Union of University (ASUU) to disregard all examinations conducted in the school pending the suspension of the ongoing strike.

The union, in a statement signed by its Zonal Coordinator, ASUU-Kano Zone, Comrade Abdulkadir Muhammad, stated that the recent examination conducted by KASU was illegal and must be re-conducted to follow due process. 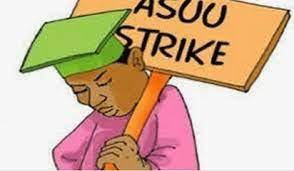 ASUU warned that if the institution’s management fails to cancel the ‎examination, the union will be left with no option but to petition the institution before the National University Commission (NUC) and the Independent Corrupt Practices Commission ( ICPC).

The union further accused KASU of conducting exams when course outlines and lecture hours for the semester were yet to be covered, adding that lecturers who taught the courses were not involved in the setting of examination questions, supervision, and scoring; an act they described as a clear violation of the laid down rules and regulations governing the conduct of examinations.