The Joint Admissions and Matriculation Board (JAMB) has revealed that it has cancelled the unified tertiary matriculation examination (UTME) result of one Kingsley Unekwe who allegedly changed his UTME score in order to meet the cut-off mark to study Medicine at the University of Nigeria, Nsukka (UNN).

According to the board, Mr Unekwe who is 18 years old was caught inflating his original UTME score from 201 to 269.  At the moment, he is the fifth person to have his 2019 UTME Score withdrawn and cancelled by JAMB. 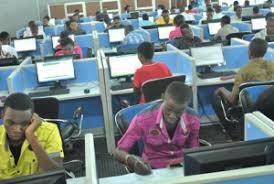 It was gathered that the, the JAMB Registrar, Ishaq Oloyede, disclosed this while addressing newsmen when Mr Unekwe and his mother appeared before some officials of the board in Abuja at the weekend.

The registrar said Mr Unekwe edited the original score allocated to him by the board and presented it to his parents as the original result.

The registrar further explained that the boy’s parent had called the board, citing irregularities in their son’s result, which made the board to invite them to Abuja from Awka, Anambra State.

The accused, Mr Unekwe, in the presence of his mother and officials of JAMB, confessed to have tampered with the original UTME result allocated to him by the board.

He said his original score of 201 did not meet the requirement to read medicine which his parents wanted him to study at UNN.

He said he edited the original UTME result to make his parents proud and to meet their expectation of him becoming a medical doctor.

Mr Unekwe asked to be forgiven as he was not aware of the gravity of the act but the JAMB registrar said the boy would be handed over to security agencies for prosecution.

UTME/DE Registration 2020: Candidates Urged To Report Anyone Charging Above the Approved Fees

2020 UTME: Know The Right UTME/O'level Subject Combination For Your Course