The deceased identified as Ogbonna Shadrach, a 20-year-old Department of Biochemistry student allegedly took his own life over family challenges. 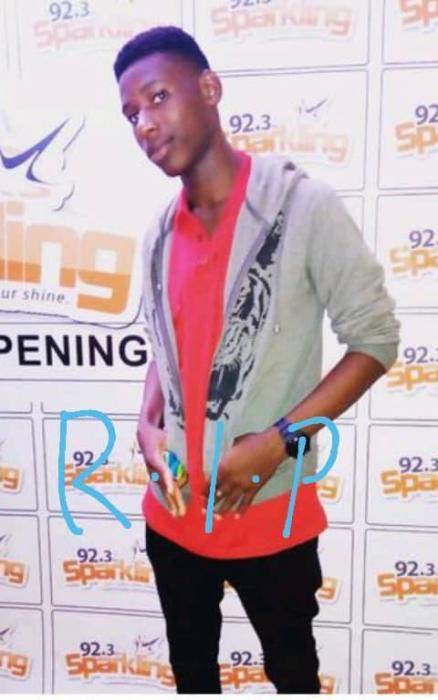 According to the Public Relations Officer of the institution's students union, Comrade Zaki Christian who confirmed the incident, Shedrach had confronted his father repeatedly, over his refusal to give him the sum of N50k to settle some pressing needs. His father's refusal to release the money was said to have angered him and pushed him into ending his life

Zaki explained that the deceased came from a divorced marriage and until death, he faced challenges associated with the fate of a broken home. 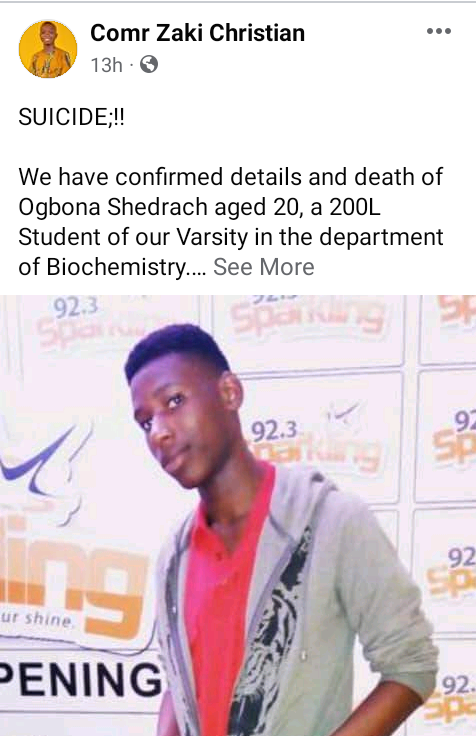